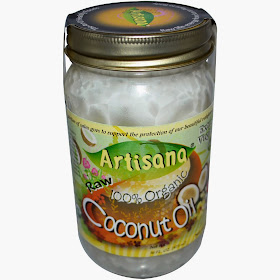 If you do a Google search for “Coconut Oil Health Benefits” over four million results will pop up. Coconut oil has been made out to be a miracle cure for everything from heart disease to Alzheimer’s disease in our culture, but is it really true? What evidence do we have to support these claims?

The best way to evaluate any claim for any health product is to find peer-reviewed controlled interventional studies testing the use of that product on morbidity and mortality (i.e. disability and death) rates for the disease in question. Unfortunately, for coconut oil, there are no such studies. Without this data we’re left with testimonial stories of one miracle after another happening from those making coconut oil a popularized “health” product.

This is not to say that these individual miracle cases of people ‘reversing’ their Alzheimer’s disease or improving their heart health didn’t occur. It’s just to say that we should not put too much stock into anecdotal stories of any individual claim regardless of what product, drug, supplement, surgery, procedure, or device is being used to treat that person’s serious medical condition.

Let’s take a look at what evidence we do have on coconut oil.

There are no peer-reviewed controlled interventional studies observing morbidity and mortality for Alzheimer’s disease as of this date. (If you are aware of any such studies please provide a link to the referenced study in the comments below.)

To read more about this coconut oil and Alzheimer’s disease story click here.

There are no peer-reviewed controlled interventional studies observing morbidity and mortality for coconut oil in the treatment of cardiovascular disease as of this date. (If you are aware of any such studies please provide a link to the referenced study in the comments below.)

However, there are peer-reviewed controlled interventional studies on the addition of coconut oil supplementation to one’s diet and the resultant effect on a person’s blood markers associated with cardiovascular disease risk. These data indicate a potential increase in risk for heart disease. While this data is helpful, it still falls short of proving a direct cause/effect relationship between coconut oil and heart attacks/strokes/death rates. It does, however, provide us with a red flag as to the potential of these events occuring if one were to regularly consume coconut oil.

In 1985, the American Journal of Clinical Nutrition published a study comparing the effect of beef fat, coconut oil, and safflower oil on plasma lipid levels in human test subjects.1 Investigators took nineteen healthy men in their mid-twenties consuming a typical Western-type diet, consisting of 35% total calories from fat, and substituted 60% of these fat calories with either beef fat, coconut oil, or safflower oil. Baseline and 5-week lipid panel levels were done for all test subjects. Results are below for the coconut oil group: 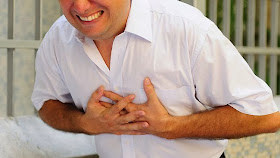 The test subjects in this study on coconut oil experienced worsening total and LDL cholesterol levels. As Dr. Roberts states, as cholesterol levels increase so does one’s risk of symptomatic and deadly heart disease.

A total of 30% of total calories in the diet consisted of fat calories (20% from the test oils and 10% from the food). Investigators found that the “CO diet increased serum cholesterol, LDL, and apo B.”

apo B is a protein involved in the metabolism of lipids and is the main protein constituent of VLDL (very low-density lipoproteins) and LDL. Concentrations of apo B tend to mirror those of LDL, so the higher the level of apo B the greater the risk of heart disease.

In this study, all three cholesterol markers went up. This would signify an increase risk of cardiovascular disease.

In 2001, an epidemiological study was performed to assess the role of nutrition in mortality rates between two groups of populations—inhabitants of Hong Kong and Singapore.4 The majority of both populations are ethnic Chinese so genetic variation would have played little, if any, role in study results.

[Note – Epidemiological studies are good for predicting a correlation between two factors in a study. For example, as helmet wearing increases in populations riding bikes, death due to bike accidents decreases in this same population. While this example falls short of proving a direct cause/effect relationship of helmets being the sole reason for a reduction in death rates, it is still a strong predictor of what might happen to any one individual who chooses to wear a helmet while riding a bike.]

Investigators in this study found that ischemic heart disease mortality was approximately three times higher in both men and women in Singapore versus Hong Kong. Multiple nutritional differences were found to be of possible explanation for this difference.

Investigators stated – “The ratio of animal fat to vegetable fat was higher in Singapore (2.24) than in Hong Kong (1.08). Singapore had higher serum concentrations of total cholesterol and low-density lipoprotein (LDL) cholesterol than Hong Kong.”

Investigators went on to say that there was “…a higher consumption of coconut and palm oil, mainly containing saturated fat, in Singapore.”

This study shows a clear link between animal food and oil consumption (specifically coconut and palm oils) and higher rates of dying from heart attacks. 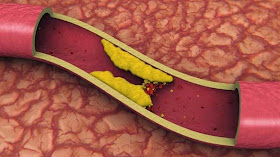 In 2001, the British Journal of Nutrition published a peer-reviewed controlled interventional study to evaluate the impact of reducing saturated fat or partially replacing it with unsaturated fat on blood cholesterol levels in their test subjects.5 Investigators reduced the amount of coconut fat over time in these subjects due to coconuts consisting mostly of saturated fat.

The diet consisted of three phases listed below.

Again we see a significant reduction in harmful cholesterol levels when individuals reduce the amount of total and saturated fat in their diet and remove a good amount of coconut fat from their diet.

As pointed out by Dr. Roberts earlier, this can only bode well for these individuals as lower cholesterol levels lead to lower cardiovascular disease risk and less heart attacks and stroke.

Coconut oil is consumed by many people as a supplement to their overall diet. These individual’s intentions are well-meaning, but the results might not be. Unfortunately, there is no legitimate scientific evidence, in the form of peer-reviewed controlled interventional studies, to back up the health claims of consuming coconut oil.

By supplementing one’s diet with coconut oil, it only increases blood markers (lipid levels) that have been associated with higher rates of cardiovascular disease. You’re more likely to experience a heart attack or stroke by doing so, not less. It’s always better safe than sorry. Until definitive proof in the form of peer-reviewed controlled interventional studies comes forth supporting the health claims of coconut oil, it’s best to steer clear of this potentially harmful substance.

To learn more about oils in the diet please read my article, 3 Myths of Consuming“Healthy” Oils.

Check out Dustin Rudolph's book The Empty Medicine Cabinet to start your journey towards better health. This step-by-step guide leads you through many of today's common chronic diseases (heart disease, obesity, diabetes, cancer, and more), giving you the facts on foods versus medications in treating these medical conditions. The book also contains an easy-to-follow guide on how to adopt a whole foods, plant-based diet as a part of an overall lifestyle change, producing the best possible health outcomes for you and your family. Hurry and get your copy today!

We'd love for you to join us in spreading the good word about plant-based nutrition and lifestyle medicine by telling your family and friends about our website at www.PlantBasedPharmacist.com.

Share and rate this post below or tell us what you think by posting a comment. Thank you again for stopping by and until next time... be happy, be healthy, and live the life you've always dreamed of!